The Difference Between High Shear and Low Shear Mixing 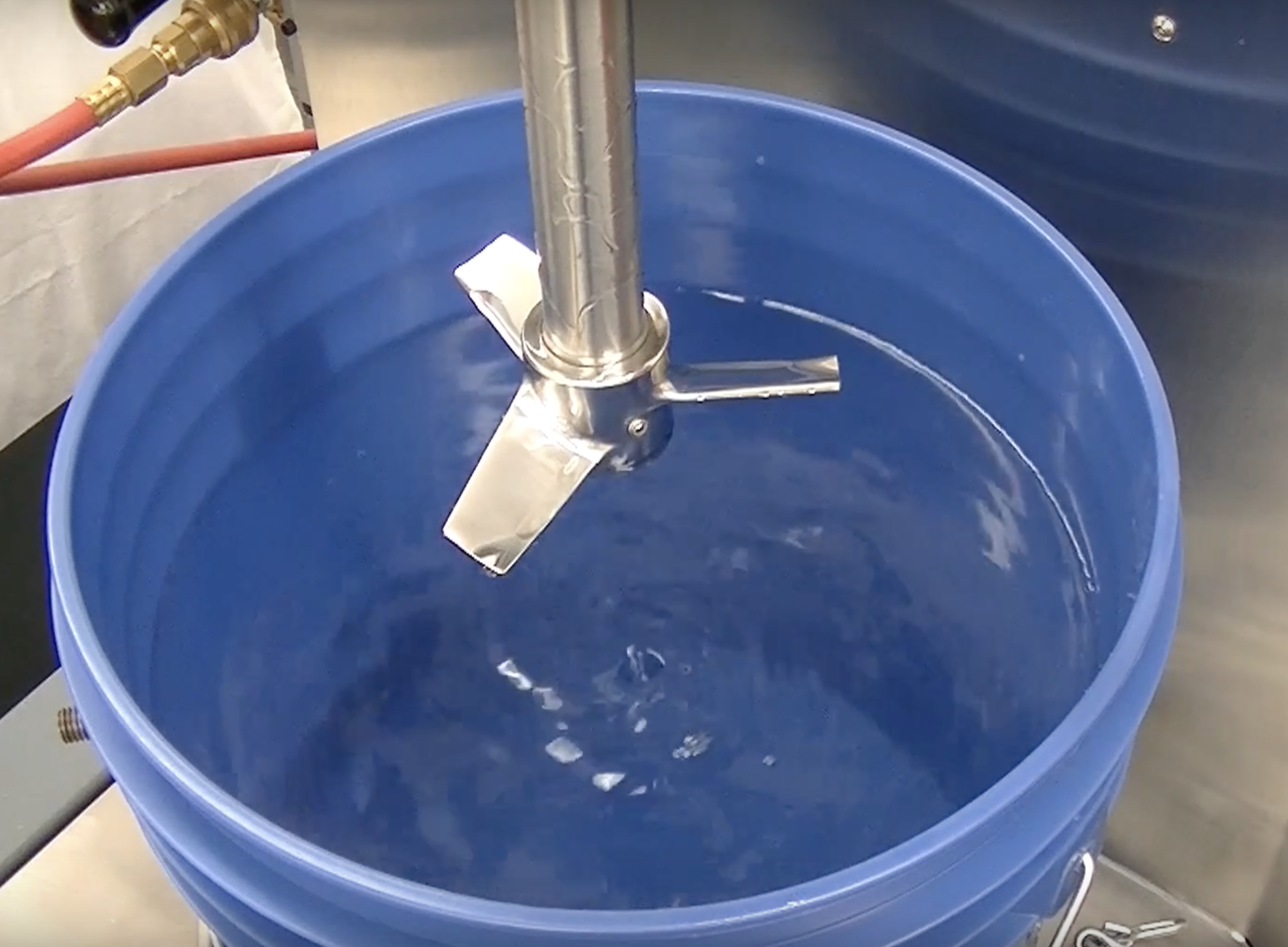 The goal of essentially all industrial mixing applications is to achieve a process result of a homogeneous fluid product, i.e. one of consistent physical makeup throughout the batch.  Depending upon the properties of the liquids and perhaps solids included in the ingredients this may be achieved through the use of rotating mixers utilizing low shear or high shear mixing techniques. The term shear refers to the stress imparted to the liquid and suspended particles, if applicable, as a result of encountering a mixing blade or impeller.  The amount of shear is dictated by the blade design and its rotational speed.

The hydrofoil provides the gentlest agitation with the least shear. Its blade profile creates nearly uniform flow with the minimum required horsepower input and is especially effective for materials that can be damaged by a high speed and therefore higher shear impeller. Large diameter hydrofoils of one-third of the vessel diameter driven at low rpm are often selected for agitation of large miscible batch applications. Marine style propellers and axial flow turbine impellers are common as well. Axial flow turbines are fabricated similarly to hydrofoils but with large, flat blade surfaces at 45-degree angles to contact and therefore push more viscous materials. Primarily used for flow-controlled processes with higher viscosities, the blade edges provide higher shear and require greater horsepower to drive them.

High shear mixing is utilized for ingredients that resist blending easily.  Examples include liquids of differing viscosities or that contain solids that must be broken down or require vigorous action to evenly distribute.

Dispersion is a common form of high shear mixing.  Dispersion is a high-speed, high-shear process requiring more horsepower to successfully achieve than simple agitation for similar batch sizes.  A deep vortex with visibility to the top surface of a sharp-edged blade is desirable.  As the dispersion blade turns, particles contact the blade and are broken apart.  In the intense turbulence surrounding the blade, particles collide at high speeds and are further broken apart.  Beyond the blade tips the reduced-sized particles are dissolved or dispersed by the horizontal laminar flow extending from the blade.  The flow then divides into upward and downward components at the vessel wall ensuring complete circulation.

These descriptions of low shear and high shear mixing represent the end points of the spectrum between a predominantly flow-driven process and one that is nearly all shear-driven.  The fact is that there is a full continuum between these extremes that are achieved with proper impeller design selection, size and mixer shaft speed.   For assistance with your specific mixing needs contact INDCO’s customer service representatives or applications engineers anytime.